Brett Anderson will be 2015’s version of Phil Hughes 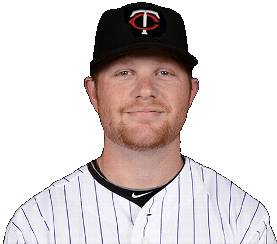 Brett Anderson is an immense talent. I don’t think you’ll find anyone who will debate that the dude can flat-out pitch and pitch well.

This has been obvious throughout Anderson’s career. Ole Red Beard, a compliment if ever there was one, marched through the Oakland Athletics minor league system in only two years and began his career with the A’s as a 21-year-old prodigy for a system that pumps out excellent starting pitcher after starting pitcher.

As a rookie in 2009, Anderson’s lone healthy year to date, he had a 4.06 ERA in 30 starts, which saw him go 11-11 on a last place Athletics team. The next year, baseball fans saw him drop his ERA to 2.80, making significant improvement in producing ground balls and limiting walks.

At this point, any conversation about Anderson seems to begin and end with his durability (or lack thereof) and how it has derailed his once-promising career. Many claim he is made of glass, ready to break at any moment. Anderson is so injury-prone that Root Sports Ticker already turned Anderson’s injury history into a “fun fact” for the 26-year-old, according to Yahoo Sports. I can only imagine 18-year-old high schoolers are praying to the baseball Gods that they don’t become the “Next Brett Anderson.”

Last offseason, Anderson was traded to the Colorado Rockies for Drew Pomeranz, and had to face the “friendly” hitting confines of Coors Field. Albeit, once again, facing consistent injury, he compiled a 2.91 ERA in 8 starts in the most difficult pitching environment in major league baseball. 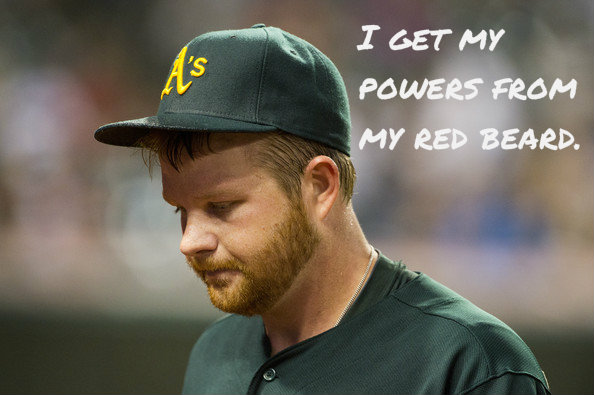 To put into perspective how difficult it is to have a sub-3.00 ERA in Coors Field, you must know one thing – there have only ever been two Colorado Rockies’ starting pitchers to compile a sub-3.00 ERA, they were Marvin Freeman and Ubaldo Jimenez.

Yes, we here at Cheap Seat Chronicles understand it was only eight starts, but Brett Anderson’s talent was on full-display and it’s clear he still has a lot to offer at the big league level. This is exactly why I am about to claim that he will be this year’s Phil Hughes, and the Twins cannot pass him up, no matter how much injury history exists.

The Minnesota Twins are a team that relies on signing players with Anderson’s history. To put it simply, the Twins’ payroll isn’t robust, so they must sign possible high upside, on the cheap, players like Brett Anderson to compete. One need look no further than the semi-recent signings of Rich Harden and Joel Zumaya to know that the Twins are not afraid to roll the dice in pursuit of upside.

Brett Anderson’s injury history is robust and includes the following: Tommy John surgery, an oblique strain, a stress fracture in his right foot, a fracture of his left index finger, and a disk injury to his lower back. It’s a laundry list of injuries for a man who is just 26.

Despite this litany of injuries, it is my belief that if the Twins do land him, they will be getting a guy who can be to the 2015 team what Phil Hughes was for the 2014 squad and that’s exactly what the Twins need.

Phil Hughes was generally considered a bust in New York. He had some successes. He was a decent relief pitcher and he had a magical 2010 that saw him in the Midseason Classic, however, it was widely believed that he needed to escape the high-pressure atmosphere of New York and target a small market where he could thrive, which is exactly what he did.

Hughes was an immediate bright spot for the 2014 Twins. He took the ball for 32 starts and churned out 16 wins with a 3.52 ERA. Hughes was one of the few reasons the Twins didn’t finish with more than 100 losses.

I believe the Twins offer the perfect environment to give Brett Anderson that chance. They are still a year away from competing for a playoff spot. They have enough young talent advancing through their system that they don’t have to rely on Anderson, but could certainly reap the rewards if he does well.

While we all know that the injury concerns have piled up in the past, the risk should be worth the reward. As the Winter Meetings kick off in San Diego this week and the pitching market is still flooded with top-tier talent that includes Jon Lester, Max Scherzer, and James Shields, the Twins could fly under the radar and grab the 26-year-old Brett Anderson while other teams are going after the flashier free agents. If they are able to grab him and slide him into the rotation behind Phil Hughes, not only are they getting a solid left-handed pitcher that they lack, but they are getting a guy who could rival Hughes for team ace.

For a team that has fielded the worst starting ERA in the Major Leagues the past two years, I would love seeing a rotation of Hughes, Anderson, Ricky Nolasco, Kyle Gibson, and Trevor May or Alex Meyer. When you match that with an offense that scored the 7th most runs in all of baseball last year, you just might see a Twins team gaining respect in the AL Central.