The Magic of Hesto Presto

Posted on April 9, 2015 by BeantownGiant 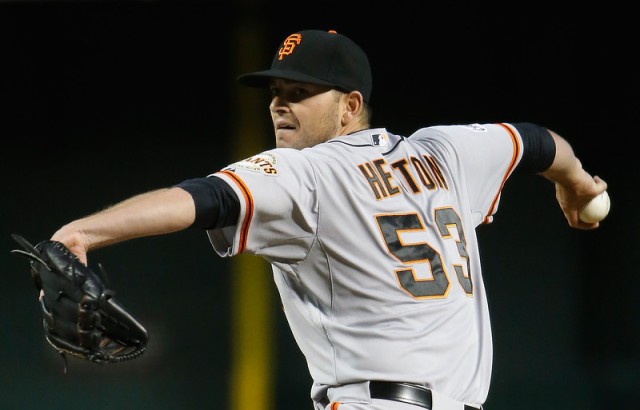 Within two days of Opening Day, the San Francisco Giants witnessed injury after injury. The comeback bid of Matt Cain fell short with a strained flexor tendon causing him to join Hunter Pence and Travis Ishikawa on the DL while Jake Peavy continues to battle back issues with a locked sacroiliac joint[1]. The icing on the cake came on Tuesday’s game in Arizona when Brandon Belt suffered a minor strain in his right groin during a routine play. Before Wednesday’s game, the vexing ‘odd year curse’ was attributed throughout the baseball sphere for the Giants string of bad luck. 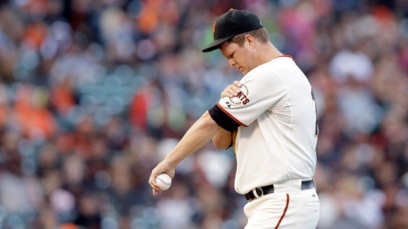 Cain Down, Heston Up?

The Giants had the option to start Yusmeiro Petit, but elected to call up the 26-year-old right-hander Chris Heston, who would be doused with cheap domestic beer by his teammates after a much needed performance Wednesday night. Something that Giants skipper, Bruce Bochy said was a “shot in the arm.”

Heston shook off his rookie jitters in the first inning after he unintentionally plunked Arizona Diamondbacks A.J. Pollock on the back. Then a wild pickoff throw to Buster Posey, at first base, allowed Pollock to scurry to third base. Pollock then scored off a groundout by Chris Owings.

What followed was the magic of ‘Hesto Presto’, who hurled a sinking fastball, curve and nasty changeup to hold the Dbacks to three hits and a pair of unearned runs in six innings. Heston was given the nickname ‘Hesto Presto’ by Double-A Richmond announcer Jon Laaser for his ability to escape innings[2]. He lived up to his catchy nickname in the fourth, after getting the third out when bases were loaded. 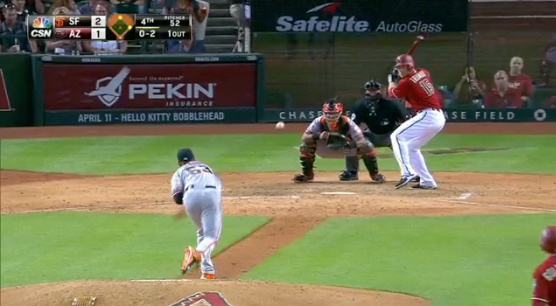 There is rumor that Heston will start the home opener next Monday when the Giants face the 3-0 Colorado Rockies. The question remains, how long until we see magician hats and wands at AT&T park.