In addition to my role as “occasional columnist” here at”Cheap Seat Chronicles,” I work in a retail store that sells sports merchandise; clothing, hats, knick-knacks and other, non-knick-knacky miscellaneous items.

With the regular season starting soon, new batches of baseball-related merchandise are on the way to stores. Here are ten of my favorites:

1) Retro baseballs Team baseballs with a throwback look. I’ve seen the catalog and this is not all of them (there’s an especially sweet San Diego Padres one), but this is a good sample of what’s available at the moment. I bought the Minnesota Twins one the first day it came in my store. I will probably own at least five of these, if not all.

2) Uniframes These are produced by Photo File, which makes cool (you guessed it) photo-related items. You can get something as small as a 8×10 photo of Tsuyoshi Nishioka or as large and magnificent as a canvas print of your favorite player. The Uniframes are a classy version of a name and number (or just a number in some cases) to put on your wall.

3) White Front Neo Cap Flew off the shelves. Has the mesh in the back like the other “Neo” caps and a clean white front to show off your favorite team and a team-color bill to accentuate it.

4) MiLB Shirts/Sweatshirts Minor League Baseball teams have some of the wackier names and logos in all of professional sports. Celebrate this by getting a tee or sweatshirt of some team you’ve never heard of and whose major-league affiliation will probably change in a few years anyway! (personally, I’m probably going to get a Clinton LumberKings shirt… and I hate wearing t-shirts)

6) Video Board Proposal If I ever get around to finding a woman to propose marriage to, I’ll probably do it at the ballpark. If she doesn’t accept, I’ll still be able to enjoy the rest of the game. Cost varies by park (some don’t even allow it at all), but it’s the only way to really know if your partner is a keeper.

7) An entire baseball stadium This is for those of you who aren’t reading this on a desk you purchased from IKEA. You could have an entire baseball stadium to yourself and your buddies. I’m not going to speak for Loves Park, Illinois’s zoning laws, but you could probably hook up a Nintendo 64 to the video board and play some killer Goldeneye (video board compatibility not guaranteed). Great for high school reunions, birthday parties and destroying disco records. 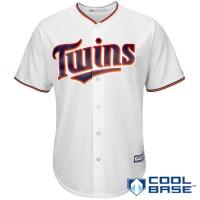 8) Replica Twins Home Jersey Majestic Athletic changed the replica uniforms this year to a lighter, more breathable fabric. The cost of a blank team jersey did go up to $89.95 from $79.95, but the lightness of the material will be more comfortable on a humid day at the ballpark. Get the new Minnesota Twins home jersey or any jersey and only sweat the extra $10 that’s no longer in your bank account. Also, props to the one reviewer on this piece.

9) MLB Mini Helmet Standings Board For those of you who want to know what team leads each division, but not by how many games. While this product lacks a “Games Back” and “Wild Card Standings” column, you do get every single team’s helmet represented. Think of it as more of a decoration than a standings board.

10) Seats from the Metrodome Hey, I’d never want to sit in those again, but it’d be cool to have them in your “man cave” or “sports lounge”. Plus, you can lie to your grandkids and say you were in those seats when Jack Morris (no, not this Jack Morris) thew the 10-inning Game 7 shutout.

Cheap Seaters, what do you think? What gifts are great and what did I miss?

This entry was posted in Cheap Seat Chronicles. Bookmark the permalink.