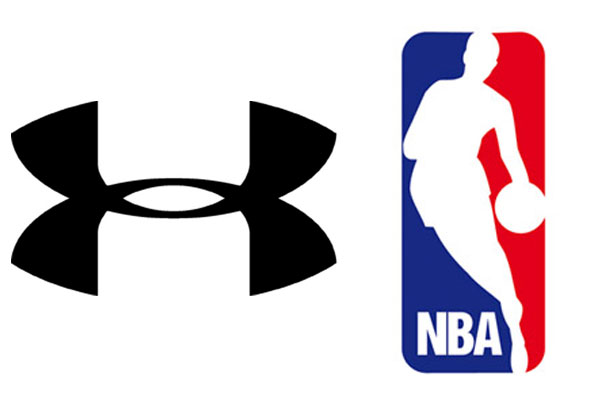 Last week, Adidas announced it would not seek a renewal of their contract to produce NBA-licensed product.

For now, this means nothing. The current contract runs through the 2016-17 season, meaning jerseys and on-court tee shirts will continue being made by Adidas. Starting with the 2017-18 season, things could start to look a whole lot different (or, really the same for a bit. Change happens incrementally, even with new vendors). Before then, however, there could be a battle.

Nike and Under Armour are both ahead of Adidas in market share in the United States, and early speculation is on those two vying for the NBA contract. Nike already has the on-field contract for the NFL (excluding headwear) and the undershirt contract (a real thing) with MLB. Nike is winning the player shoe endorsement competition far and away over Under Armour, with stars such as LeBron James, Kobe Bryant and Kevin Durant wearing their shoes. Under Armour has a small amount of players that wear their shoes, with Stephen Curry being notable, but the rest are generally afterthoughts.

Not that Under Armour hasn’t tried to work its way into the shoe market. Besides signing Stephen Curry, Under Armour made a big play to sign Kevin Durant when his Nike contract was set to expire. Nike outbid Under Armour and ended up retaining Durant.

Nike and Under Armour both make quality products. Nike, however, has the advantage of time and the balance sheet of a corporate titan. Under Armour is the underdog of the two, as much as a company with a market capitalization of almost $17 billion can be. Nike and their over $83 market cap can outbid Under Armour at each end to retain their dominance.

Nike’s largest advantages over Under Armour are in the footwear market and the international market. The NBA is growing in popularity worldwide and could potentially overtake the NFL in time, due to the simplicity of basketball as a game and the long-term health concerns of former NFL players.

If Under Armour is going to be stymied by Nike in the footwear market, it makes sense for Under Armour to go all-out and even overpay for the rights to make NBA uniforms. Getting their name and image out to a worldwide audience would do wonders to establish themselves not only as a player in the United States, but worldwide.

On the other hand, what would American professional sports look like with Nike creating jerseys for two of the big four (Majestic Athletic makes MLB uniforms and Reebok, now owned by Adidas makes NHL uniforms)?

A decision on the new on-court provider could be announced as soon as next month. Either way, things are going to get very interesting.

This entry was posted in Cheap Seat Chronicles, NBA. Bookmark the permalink.