After 28 long seasons spent cooped up inside a big Teflon bubble the Minnesota Twins will be moving to an exquisite new ballpark for the 2010 season.

Target Field figures to provide the Twins with not only a much better playing environment, but also much larger revenue streams.

The club has already made the most of the revenue increase by bumping the payroll nearly $40 million over last year’s Opening Day payroll. The on-field results, however, are a wait in progress.

The move will obviously have a large impact on the ballclub, but also on the fans that have trekked to the Metrodome for the better part of three decades.

With that in mind, here are six things that fans won’t miss about the Metrodome. 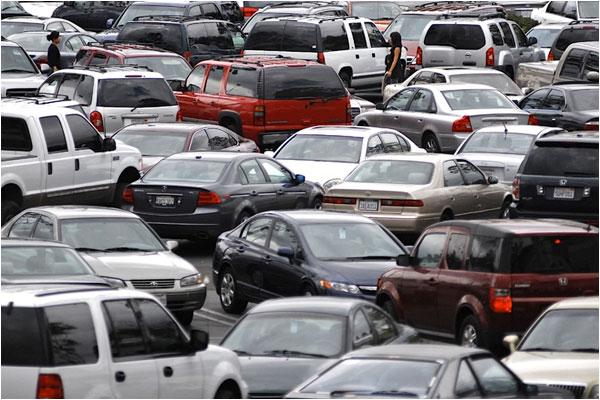 Anyone who has ever been to a Twins game at the Metrodome knows that finding a place to park is privilege and not a right.

In fact, most of the time it’d be better described as a miracle.

The Metrodome is located in the heart of downtown Minneapolis and parking was often limited to expensive ramps and garages, sketchy parking lots, and the occasional dark alley.

Target Field won’t offer a drastic improvement to the parking situation, but 28 years of advances in public transportation will definitely get the place off on the right foot. 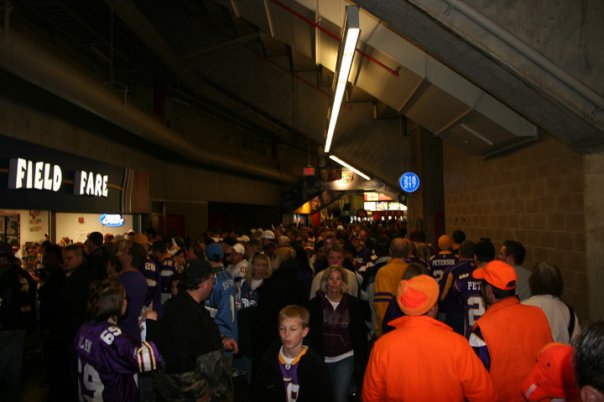 The corridors at the Metrodome have been described as many things, some of which can’t be published here.

Those that can be published include: small, dark, creepy, claustrophobic, and a whole host of similar adjectives.

In addition to being completely closed off from the field, the corridors at the Dome were also a mere 22 feet wide. This led to a lot of congestion near concession stands during the game and full-on traffic jam of people trying to leave after games.

The corridors at Target Field are—mercifully—open to the field and nearly twice as wide. 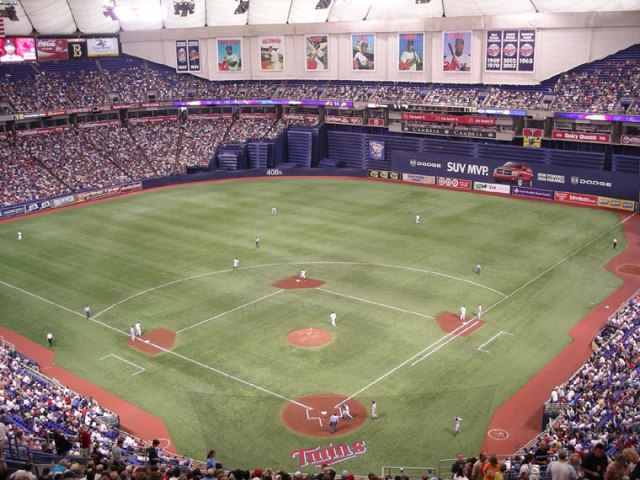 Obviously the turf is as much a part of the Metrodome as the Teflon roof and the aroma of recycled air.

The turf, which has gotten considerably less awful over the years, has had a major impact on every aspect of the game over the past 28 seasons.

The high hops, the fast grounders, the turf burns, and the plethora of destroyed knees figure to disappear when the Twins begin playing on the Kentucky Bluegrass at Target Field next month.

As much as the fans figure to appreciate the move to real grass, the players are the real winners in the move. 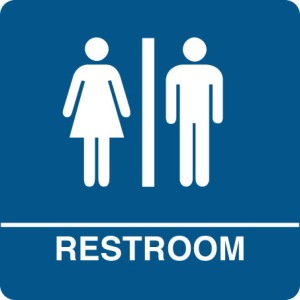 If there is one place in the entire world that shouldn’t ever have a line, it’s the restroom.

Yet every time I’ve been to a game at the Dome, I’ve seen many-a-hapless Twins fan miss an inning or better simply standing around waiting for their turn to return an $8 beer back to the baseball gods.

Target Field has already trumped the Metrodome in this regard, by a long shot.

This one can be summed up pretty quickly: 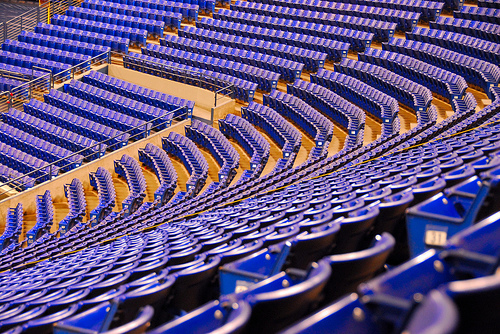 Anyone who has ever watched a game up one of the lines at the Dome is well aware of why “the seats” made this list.

The seating arrangement at the Metrodome was setup for a football venue.

As such, all of the seats face straight-forward.

Seats that face forward aren’t a big deal if you’re sitting behind the plate or in the outfield, but up either of the baselines, fans were forced to turn their heads and sit at funny angles for the entire game. 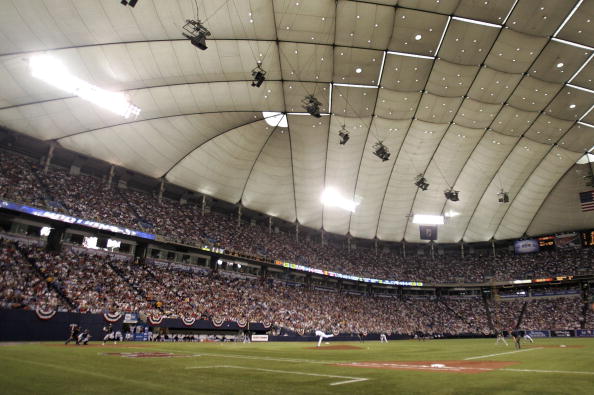 Although it has helped ensure that many a game would be played despite inclement weather, the roof is still a menace.

Flyballs go up and don’t come back down. Balls bounce off of low-hanging speakers or light fixtures. Players—no matter which uniform they’re wearing—lose pop-ups in the baseball-colored Teflon.

The roof keeps the noise in and the weather out, both major advantages for the Twins over the years.

Playing in a controlled environment has also helped the club on either side of the ball over the years.

That having been said, it’s still a roof. Baseball is meant to be played outside. Period.

I am a professional library dude, a cheeseburger enthusiast, a wannabe writer, a slow-pitch softball center fielder, an avid hunter (of churros), a cat-person, and -- hopefully -- one of your two or three favorite Iowans.
View all posts by Jeremiah Graves →
This entry was posted in AL Central, American League, Baseball, Cheap Seat Chronicles, Metrodome, Minnesota Twins, MLB. Bookmark the permalink.