Posted on February 9, 2010 by Jeremiah Graves 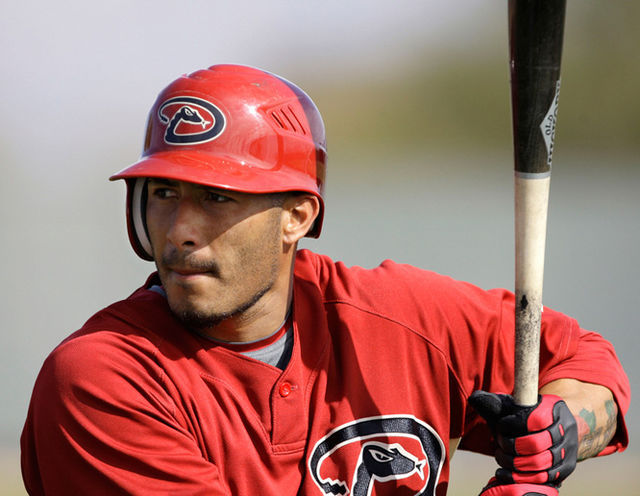 For Felipe Lopez, coming off a career year, it simply shouldn’t be like this.

Lopez, 29, is coming off an incredible season in which he split time between Arizona and Milwaukee.

Although the numbers were better than his career averages of .269/.338/.400, it isn’t hard to believe that Lopez can continue to post good numbers going forward.

Those numbers get even better if you remove his abysmal 2007 campaign which was marred by constant shuffling in both the Washington Nationals lineup and defensive alignment.

Needless to say, when he is given a full-time job and a consistent spot in the lineup, he handles himself pretty well with the stick.

On the flipside of the coin is his defense.

While he’s not going to be confused for Placido Polanco or Chase Utley with the leather, he can certainly hold his own. Most statistical metrics ranked him as a top five defender at the keystone corner last season, despite his penchant for piling up errors.

That having been said, it’s February 9th and, according to the fine folks at MLB.com, we’re roughly eight days away from pitchers and catchers reporting to Spring Training.

For all his talents and the impressive season he just posted, Felipe Lopez is still a man without a team.

Here’s a look at six clubs who could still logically pursue the switch-hitting second sacker.

The Indians were rumored to be the high-bidders for Orlando Hudson before he signed with Minnesota.

If that’s the case and the club was truly interested in landing a veteran second baseman—and not just driving up his price for a division rival—then Lopez makes a lot of sense.

At this point, Lopez figures to be willing to settle for a one year deal at or below the $3.5 million he made last season.

As such, he’s definitely affordable for the tight-fisted Cleveland brass and could provide a steady presence in the field and near the top of the lineup.

The Indians, however, don’t figure to contend in the near future and could view Lopez as an unnecessary expense for a team that figures to finish in the cellar with or without him in the lineup. 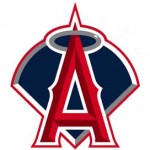 As a result, the club is currently slated to go into Spring Training with Brandon Wood as the starting third baseman.

Wood has an impressive minor league dossier but has yet to translate it into success at the big league level.

Lopez would give the club a poor man’s version of Figgins at a fraction of the cost. In the past Lopez has played second, third, shortstop, and has spent some time in the outfield.

His best positions, defensively, are second and third base, but he’d definitely be a boost for a club that took some heavy losses over the winter. 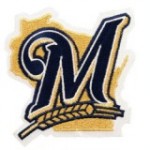 The Brewers seemingly closed the door on bringing back Lopez when the neglected to offer him arbitration back in December. That could all change if Lopez’s price is right.

The Brewers have a potent offense, but have question marks at both second and third base. Rickie Weeks has proven to be inconsistent and injury-prone throughout his career and Casey McGehee is still relatively unproven at third base.

The Brewers could bring back Lopez as an insurance policy of sorts if Weeks is injured or suffers any setbacks from his wrist surgery. Lopez would also be there if McGehee falters in a full-time role, which—given his defensive ratings from a year ago—is entirely possible.

Fans may be more excited to see Mat Gamel get the nod as the heir apparent at third, but Lopez is a much safer be than Gamel who has been unimpressive in his brief big league action.

The Cardinals have been linked to Lopez off and on throughout the winter and would, presumably, still welcome him back to the Gateway City.

Lopez spent time with the Cardinals in 2008 after a midseason trade helped him escape Washington.

During his brief 43-game stint with the club he hit an astounding .385/.426/.538 and provided solid defense at both second and third base.

The club currently has question marks surrounding third base and has converted outfielder Skip Schumaker slotted at second.

Lopez would be a great upgrade at either position and would slot well in front of the Holliday/Pujols wrecking crew at the heart of the lineup. 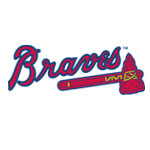 The Atlanta Braves have been looking to add an impact bat all offseason and while Lopez might not offer the raw power they’re looking for, he certainly bring the ability to get on base and earn his keep with the glove.

Martin Prado is currently the club’s starting second baseman, but his defense rates out poorly at the position and he’s far better suited for a corner infield spot.

With injury-prone veterans Chipper Jones and Troy Glaus manning the corners, there’s a legitimate chance that Prado could be shifted as the season progresses.

Omar Infante is currently next on the depth chart, but he’s proven in the past that his bat can’t handle an everyday role. He is better served as a utility player who garners 300-350 at-bats per season.

Lopez would give the Braves some punch atop the lineup and a solid defensive weapon in the field as well.

The Cubs needed a lot of things in 2009: a healthy Alfonso Soriano, an effective Geovany Soto, less Milton Bradley, and a legitimate second baseman.

The club traded away Mark DeRosa, the incumbent second baseman, prior to last season and went on to regret the decision all year long.

Fontenot is currently listed atop the Cubs’ depth chart at second base and Lopez would, undoubtedly, be an immediate upgrade.

The Cubs have reportedly shown interest in Lopez in the past and now that his price figures to be far more reasonable, the Cubs might be able to seal the deal.

Oakland general manager Billy Beane is always looking to add veteran talent on the cheap and Lopez fits the bill.

The club currently has light-hitting Mark Ellis slotted as the everyday second baseman, but Ellis hasn’t had an everyday role since 2007 and his bat isn’t aging nearly as well as his glove.

Lopez seems like he’d be right up Beane’s alley because of his ability to get on base and the fact that he’s no stranger to midseason trades.

Ultimately, much like Orlando Cabrera and Matt Holliday last season, that would be the endgame if the Athletics acquired Lopez.

In the short-term, Lopez would provide the club with a solid top of the order presence and a reliable second baseman. In the long-run, he could probably net the club a few solid prospects at the deadline.

It seems like a solid match if Beane still has some money to work with.