Posted on February 2, 2010 by Jeremiah Graves 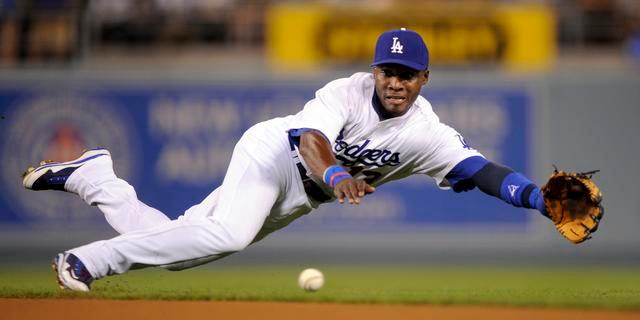 The Minnesota Twins currently have a good team.

Orlando Hudson could make them great.

As it stands right now—two full months before Opening Day—the Twins are the favorite in the American League Central.

The club is returning the majority of the same roster that roared back from seemingly-insurmountable odds to win the division a year ago.

The difference is that this time around, the club has a solid bullpen, an excellent shortstop, and a veteran starter from day one.

Pavano and Rauch will return this year, but Cabrera has been replaced by the younger and, more athletic, J.J. Hardy, thanks to an offseason trade with Milwaukee.

Mahay’s presence is no longer needed thanks to the anticipated return of Pat Neshek and the signing of reliever Clay Condrey.

Additionally, at least one of the club’s three lefty starters, Brian Duensing, Francisco Liriano, and Glen Perkins figure to end up in the re-loaded bullpen.

The club addressed another issue by adding a major offensive threat to an otherwise unimposing bench with the recent signing of future Hall of Famer, Jim Thome.

There are also high hopes within the organization—and the club’s fanbase—that third base prospect Danny Valencia will be ready to join the team by midseason.

In addition to an improved Opening Day lineup is the news that oft-maligned outfielder Delmon Young will be reporting to camp in better shape than he’s been in his entire tenure with the club.

The scouting reports on the progress of the aforementioned Francisco Liriano in the Dominican Winter League have been nothing but glowing and there are rumblings around the league that we may see “vintage Liriano” this season.

So where does Orlando Hudson figure into all of this?

The Minnesota lineup figures to be an imposing one, but is currently lacking a legitimate number two hitter—and has been for the better part of a decade—and Hudson is the prototypical man to fill that hole.

Hudson has a career on-base percentage of .348 and is a switch-hitter, thus making him the ideal man to have slotted between speedy leadoff man, Denard Span and Mauer.

Hudson may be seeking more than the Twins are willing to spend, but with a new stadium—and new revenue streams—on the horizon, the club can afford to roll the dice and pay big for the O-Dog.

The Twins need to realize that even though the core of the club is young, the window to win a championship is small. On paper, 2010 projects to be one of the best shots the Twins will get.

The American League West has four teams that could legitimately take the division and all four figure to spend the majority of the season beating up on one another.

The American League East has three viable contenders in the Yankees, Red Sox, and Rays. Those three figure to do much of the same in-fighting as the clubs in the AL West.

The Twins already play in the most winnable division in the AL and have a chance to add an impact player that could really help the club separate themselves from the pack.

In three of the last four seasons the Twins have taken the division down to the final day of the season. In back-to-back years, the club has been forced to play an extra game to decide the division.

As a result of those late season playoff pushes, the club hasn’t fared well in the postseason.

Adding Hudson gives the offense an edge it hasn’t had in years and could allow the club to run away with the division and come into the playoffs rested and ready, not jet-lagged and battle-worn.

The Twins are the favorite in a winnable division without Hudson on the roster.

With Hudson, however, they have a legitimate shot at the pennant and a World Series.

The rotation is primed for a big year with Scott Baker, Nick Blackburn, and Kevin Slowey all taking big steps forward during the 2009 campaign.

Pavano will serve purpose a middle of the rotation innings-eater and the aforementioned Liriano just might return to his old form and give Minnesota a very tough rotation.

The bullpen is stocked with live arms and ready to roll. The bench has a legitimate late-game weapon. The heart of the lineup is one of the best in baseball.

The missing piece is Orlando Hudson.

It’s time for the Twins to go all-in and put the finishing touches on a championship-caliber team.

I am a professional library dude, a cheeseburger enthusiast, a wannabe writer, a slow-pitch softball center fielder, an avid hunter (of churros), a cat-person, and -- hopefully -- one of your two or three favorite Iowans.
View all posts by Jeremiah Graves →
This entry was posted in AL Central, American League, Baseball, Cheap Seat Chronicles, Free Agency, Minnesota Twins, MLB, Orlando Hudson. Bookmark the permalink.