The Price is Right: Tigers Agree to Record-Setting Contract with Lefty Ace 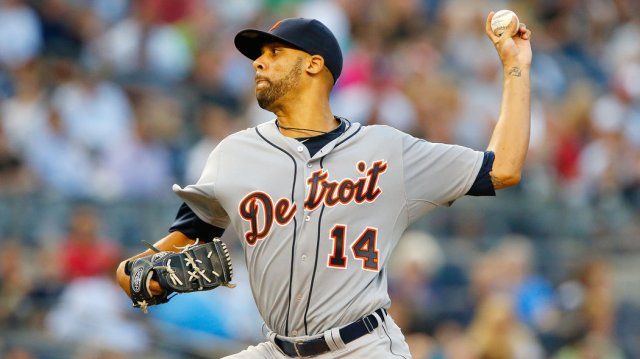 The Detroit Tigers avoided arbitration with David Price by signing the left-hander to a one-year, $19.75 million contract.

The pact instantly takes the top spot at the largest one-year deal ever handed out to a player who filed for arbitration.

This is familiar territory for Detroit as the previous record belonged to the $15.25 million agreement the Tigers made with Max Scherzer a year ago.

Back in November, Matt Swartz and MLB Trade Rumors projected Price would earn $18.9 million in arbitration.

The Tigers avoided arbitration altogether, opting to pay the southpaw a premium over the projection; likely in hopes of earning brownie points for future contract negotiations as the club aims to keep Price around long-term.

Price, the 2012 American League Cy Young Award winner, finished sixth in the voting in 2014 when he posted a stellar 3.26 ERA split between Tampa Bay and Detroit.

Come this time next year Price and Scherzer figure to have even more in common than Cy Young awards, old Tigers jerseys, and arbitration-related records.

Scherzer currently stands as the hottest commodity on the free agent market as he continues to wait for a $200+ million contract.

Next off-season, Price will move to the front of the free agent class and Scherzer’s forthcoming contract should help set the tone for what we can expect when the southpaw hits the open market.

I am a professional library dude, a cheeseburger enthusiast, a wannabe writer, a slow-pitch softball center fielder, an avid hunter (of churros), a cat-person, and -- hopefully -- one of your two or three favorite Iowans.
View all posts by Jeremiah Graves →
This entry was posted in Baseball, Cheap Seat Chronicles, David Price, Detroit Tigers, Max Scherzer, MLB. Bookmark the permalink.

1 Response to The Price is Right: Tigers Agree to Record-Setting Contract with Lefty Ace