Is Eric Byrnes an Option for the Minnesota Twins? 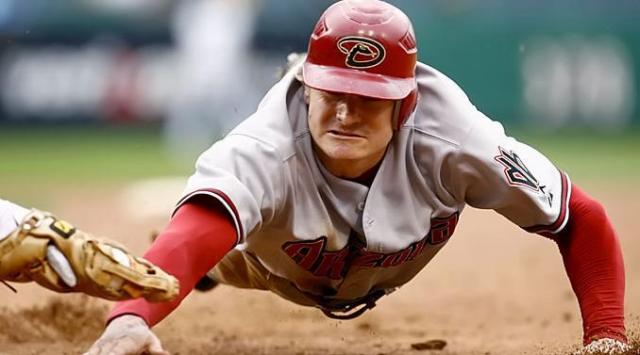 Eric Byrnes is officially a free agent and might be exactly what the Twins are looking for this offseason.

Byrnes, 33, was designated for assignment by the Arizona Diamondbacks last Friday when the club signed first baseman Adam LaRoche and was officially released this afternoon.

In the two seasons since inking the deal, Byrnes has been besieged by injuries and overall ineffectiveness.

As such, it wasn’t a shock that the Diamondbacks couldn’t find a trade partner for Byrnes and the $11 million he’s owed in 2010.

Arizona will be on the hook for the vast-majority of his salary this season while Byrnes’ new team will only be responsible for paying him the league minimum.

This is where the Minnesota Twins come into the picture.

After trading Carlos Gomez to the Milwaukee Brewers for shortstop J.J. Hardy, the once-crowded outfield in Minnesota seems a bit barren.

Gomez was the only “true center fielder” of the bunch, given his speed and ability to seemingly reach every ball hit within his zip code.

Denard Span, although talented in his own right, figures to be a bit stretched as an everyday center fielder. His arm and range both project much better in one of the corners than in center field.

Michael Cuddyer and Delmon Young are going to hold down the corner spots, but both have proven to be prone to injuries (Cuddyer) and ineffectiveness (Young) in recent years and either could struggle this season.

Jason Pridie (aka: the other guy in the much-maligned Garza/Bartlett trade) is currently projected as the club’s fourth outfielder.

Pridie, 26, has shown very little in his time with the Twins to convince anyone he’ll ever be anything more than a fourth outfielder. He has virtually no plate discipline, decent speed on the bases, and a little pop in his bat. That’s it.

Pridie has looked overmatched at Triple-A Rochester the past two seasons hitting a combined .268/.300/.409 with a dreadful K:BB ratio of 237:49 over the same span.

Byrnes, especially, at the bargain price of roughly $400,000 would be a significant upgrade over Pridie as a fourth outfielder.

It is entirely possible that Byrnes will never hit .300 or smash 20+ home runs again and it is almost a foregone conclusion that the 50 bases he swiped in 2007 was a major statistical anomaly.

That having been said, he’s still a much better option than Jason Pridie.

Byrnes is still a very strong corner outfielder who could play center field in a pinch, albeit without the same range he flashed earlier in his career. He showed last season that he still has some pop when facing lefties and can still run a little bit on the bases.

Additionally, Byrnes is well-regarded around baseball for being a very good clubhouse presence. His energy and infectious enthusiasm have been mentioned as two things the Diamondbacks clubhouse will miss most in his absence this season.

That type of attitude and enthusiasm seems like a perfect fit for the traditionally loose and fun-loving atmosphere for which the Minnesota clubhouse is well-renowned.

Adding Byrnes obviously wouldn’t be akin to signing Felipe Lopez or Miguel Tejada, but he would definitely provide the Twins with some much needed insurance off the bench and a much better fourth outfield option than Jason Pridie.

It may not be a sexy move, but it just might be the right one.

I am a professional library dude, a cheeseburger enthusiast, a wannabe writer, a slow-pitch softball center fielder, an avid hunter (of churros), a cat-person, and -- hopefully -- one of your two or three favorite Iowans.
View all posts by Jeremiah Graves →
This entry was posted in AL Central, American League, Arizona Diamondbacks, Baseball, Cheap Seat Chronicles, Eric Byrnes, Free Agency, Minnesota Twins, MLB. Bookmark the permalink.

1 Response to Is Eric Byrnes an Option for the Minnesota Twins?