Starting Five: A Look at the Contenders for the NL Cy Young Award 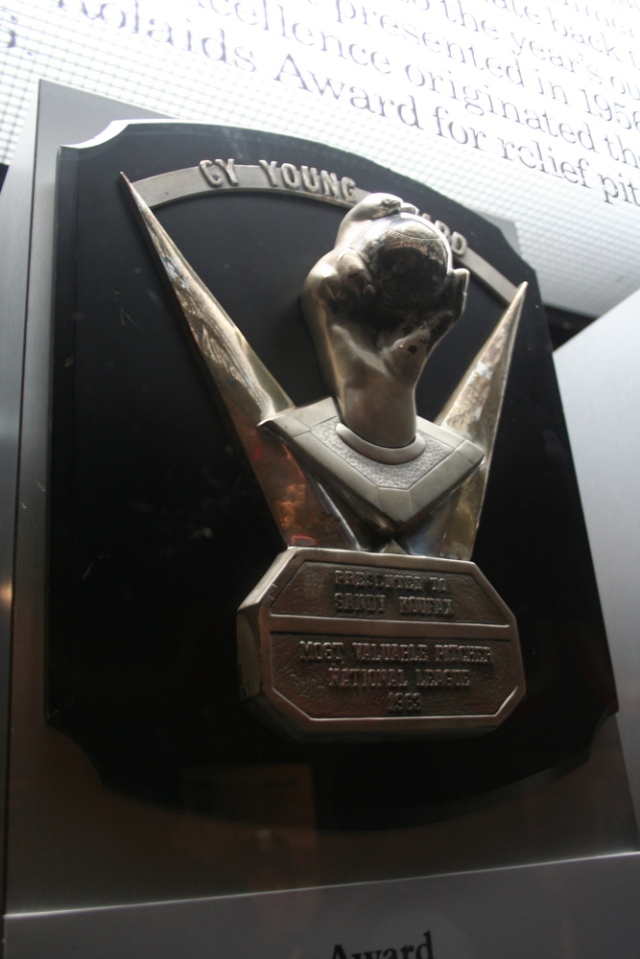 On Thursday afternoon the Baseball Writers Association of America will announce who they’ve voted as this year’s National League Cy Young Award winner.

Unlike the American League Cy Young, there is no single front-runner for the award.

Rather, there were many impressive performances in the NL this season, leading many to wonder who will be crowned the winner.

A compelling argument could be made for a number of different NL hurlers, but in the end only one will walk away with the hardware.

Here’s a quick look at the top candidates for the National League Cy Young.

Season Review: In 2009, Dan Haren did what he always does, he dominated. The right-hander pushed over 200 innings and 30 starts for a fifth straight year.

All the while he posted his usual 200+ strikeouts, allowed very few walks, kept his ERA well-below the league average, and earned a third-straight trip to the All-Star Game.

Haren did all of that while getting the least run support of any other Cy Young candidate.

In addition to all of the positives listed above, Haren continued another yearly tradition, the second-half fade.

Haren was, undoubtedly, the first-half Cy Young winner, but fell apart down the stretch.

Season Review: Vazquez, acquired last offseason, thrived in his return to the senior circuit. He posted the best ERA, WHIP, and K/BB ratio of his career.

His meager win total is largely a result of a serious lack of run support early in the season.

Despite those impressive numbers, Vazquez went 1-3 for the month as the Braves offense averaged 1.49 runs per start for him.

Given a more dynamic offense, he might have run away with the award.

On paper, there’s no reason why he doesn’t deserve it. Zack Greinke just proved that big win totals aren’t a prerequisite to taking home the coveted award.

It does seem, however, that Vazquez, 33, always flies under the radar despite being an annual lock for 200+ innings and 200+ strikeouts while always piling up double-digit wins.

His low-profile may be his worst enemy.

He’s shown flashes of brilliance in his short career, but 2009 was the season that the 28-year-old finally seemed to put it all together and became a legitimate ace.

He was lucky enough to receive the best run support of all the candidates, but proved that he didn’t need the extra offense.

Wainwright allowed two runs or fewer in 26 of his 34 starts, always giving the Cardinals a chance to win, which the club did in 23 of those starts.

He came up huge for the club when fellow-ace Chris Carpenter was on the shelf early in the year and proved to be even better down the stretch.

He certainly pitched like he wanted to make it two in a row when he hit the ground running in 2009.

Additionally, he continued his yearly trend of reducing his home runs allowed by allowing a meager ten long balls.

Lincecum could very easily take home a second-straight award, but there is one man in St. Louis who may stand in his way…

Season Review: Carpenter has been waylaid by injuries in recent years and hasn’t had a full, healthy season since the 2006 campaign.

In that time he’s suffered through Tommy John surgery and various shoulder issues, which left many questioning whether or not he’d be able to return to the same level of brilliance that had earned him the 2005 Cy Young Award.

In 2009, things started off auspiciously as the veteran missed five weeks early on, but came just as good as ever before.

The right-hander posted a career-best earned run average of 2.24, a mark that led the entire league.

From June onward, Carpenter got things back on track by going 12-1 with a 2.12 ERA, and a 1.12 WHIP to propel the Cardinals into the postseason for the first time since his last healthy season.