Heaven Knows: Can the Angels Comeback in the ALCS? 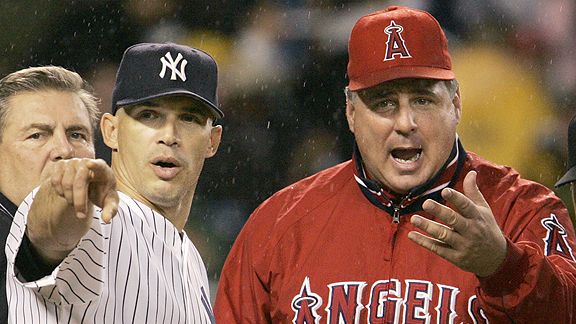 Despite what the media would have you believe, the New York Yankees haven’t won their 40th pennant yet.

In fact, after Thursday night’s amazing comeback victory, the Los Angeles Angels are very much alive and kicking in the American League Championship Series.

The Yankees may still be the favorite—especially as the series shifts back to Gotham—but the Angels aren’t done yet. They do, however, have an uphill battle in front of them.

Since the introduction of the seven-game format for League Championship play in 1985 a total of 30 teams—including the 2009 Yankees and Phillies—have jumped out to a 3-1 lead in the series.

Excluding this Yankees team, 23 of the other 29 clubs parlayed their 3-1 lead into a World Series berth.

As one can see, it’s not impossible that the Angels could still pull off a stunning comeback, but history isn’t exactly in their favor.

Read the rest of the article at BleacherReport.com.

I am a professional library dude, a cheeseburger enthusiast, a wannabe writer, a slow-pitch softball center fielder, an avid hunter (of churros), a cat-person, and — hopefully — one of your two or three favorite Iowans.
View all posts by Jeremiah Graves →
This entry was posted in American League, Baseball, Cheap Seat Chronicles, Los Angeles Angels, MLB, New York Yankees, Playoffs. Bookmark the permalink.