B.J. Ryan: A Gamble Worth Taking 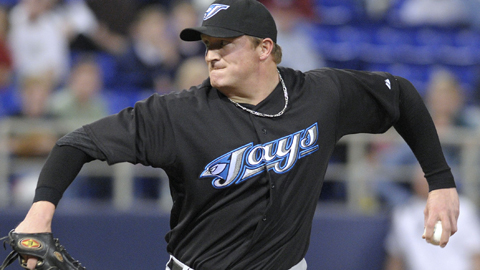 As a result, the two-time All-Star is now a free-agent and can be signed for a prorated portion of the league minimum salary. The Blue Jays are responsible for the roughly $15 million remaining on his contract. The contract—at one time the highest-ever given to a reliever—runs through next season.

Ryan has struggled mightily this season. He currently sits at 1-1 with a 6.53 ERA in 25 relief appearances. The left-hander has allowed 22 hits—five of them home runs—and 17 walks in just 20 2/3 innings.

His velocity has been down all-season and resulted in a stint on the disabled list in April. When Ryan returned he’d lost the closer’s role to Scott Downs and was used, sparingly, in middle relief.

His overall numbers aren’t pretty. In fact, they are downright ugly. Ryan is obviously walking way too many batters and has recorded a mere three strikeouts in his last fifteen appearances dating back to late May.

With all of that in mind, the Twins would still be wise to take a gamble on Ryan.

Read the rest of the article at BleacherReport.

I am a professional library dude, a cheeseburger enthusiast, a wannabe writer, a slow-pitch softball center fielder, an avid hunter (of churros), a cat-person, and — hopefully — one of your two or three favorite Iowans.
View all posts by Jeremiah Graves →
This entry was posted in AL Central, American League, Baseball, Cheap Seat Chronicles, Free Agency, Minnesota Twins, MLB. Bookmark the permalink.